Free Radio for a Country with No Press Freedom

Home Article Free Radio for a Country with No Press Freedom

Living as a Christian in a jihadist country is tough. When, above that, you are a journalist who takes his job seriously, your life is seriously in danger. As refugees in Uganda, colleagues Daud Abdi Daud and Ismail Sheikh Khalifa, are about to make radio for their home country, Somalia.

It was on Saturday, May 22 that Daud travelled to Kampala, Uganda. For more than a year, he received constant messages with intimidations from both Islamic groups and soldiers from the Federal government.

Daud Abdi Daud is a prominent and dynamic science, agriculture and environmental journalist. He promised to continue his leadership of the Somali Media for Environment, Science, Health and Agriculture, SOMESHA, as he was the only science and agricultural journalism trainer in Somalia.

SOMESHA is a member of the International Federation of Agricultural Journalists (IFAJ) and the World Federation of Science Journalists (WFSJ). SOMESHA promotes ethical standards within journalism and advises the federal government of Somalia and member states, as well as independent media to help ensure a balance between freedom of expression and legislation.

As a radio reporter, Daud recently advocated the opening of Somali Christian Radio FM in Mogadishu, as he is closely involved in the PCVE projects (Preventing and Countering Violent Extremism) in Somalia by working very closely with IGAD centre for excellence, UN agencies and civil society organizations.

It was not the first time Daud Abdi had to live separated from his family. From 2008 to 2014 he lived in Kenya. In that period, he travelled back to Somalia a couple of times, among other reasons to defend press freedom.

Daud Abdi Daud and Ismail Sheikh Khalifa only need some money for equipment to start Hope Radio Somalia. In 2013 he defended his colleague Abdiaziz Abdinur Ibrahim, who was arrested for interviewing a woman who declared to be raped by security forces. Daud spoke out in court, saying that journalists have the right to interview people. After he reportedly added that he would even seek to interview the president’s wife, the police arrested him without charge. After a week in prison he was released, thanks to a statement by Human Rights Watch.

In Kampala, Daud stays with his colleague Ismael Sheikh Khalifa, who also fled Somalia due to security reasons. Ismail is a human rights activist and a veteran journalist at Kalsan TV.

It was December 4th, 2018, at 3 pm, when Ismail left the Kalsan TV Studios in Mogadishu, where he recorded a show in the TV studio. After five minutes of driving, his car exploded. The bomb was installed during the recording of the TV show. Ismail was critically injured. Isamail underwent several surgeries in Mogadishu, in October 2019 he went to Istanbul, Turkey for treatments.

In its report from 2020 Amnesty International declares that the organization found no evidence of any independent investigation of the action.

Somali journalists face enormous threats, intimidations and attacks and have been abused since 2005, due to the ongoing electoral violence. Journalists in the Horn of Africa have become frustrated with the various parties in the Somali Civil War combining to harass members of the press. Many fatalities against journalists have occurred on the front lines of battles. Other deaths have occurred as Somali reporters travel to press conferences and are ambushed.

Together, Daud and Ismail want to start Hope Radio Somalia. It will be an independent and interfaith radio channel, something which is not possible in a jihadist country like Somalia. This is why the radio channel will operate from Uganda. 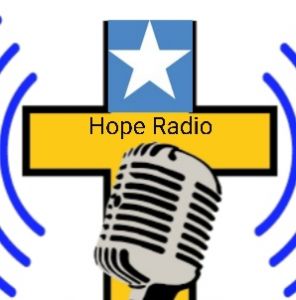 Hope Radio Somalia will be an online radio. For this, they need some equipment for recording, a camera and two laptops. For only €1000, (USD$1200,) the two journalists can start Hope Radio Somalia, a channel where everyone’s vision and religion is welcome.

With the help of Farming Africa, Hope Radio will start a website where it’s possible to access the radio. But first, money is needed to invest in equipment. A collection is started on GoFundMe.

Please check hwww.gofundme.com/help-hope-radio-somalia and help with the start of Hope Radio Somalia