It’s perhaps no surprise that a nation that’s declared independence from its larger neighbour not once, but twice, manages to forge a distinct identity for itself.

Latvia, one of the three Baltic states on the western flank of Russia, might reasonably be expected to have an Eastern European, post-Communist air. But its people, long downtrodden by years of Soviet rule – now officially referred to as the ‘Occupation’ – have little interest in that immediate past. Instead, they’re proudly looking forward to their own future as an independent nation. While the modern vibe is Nordic in feel – stylish, self-confident, clean and efficient – it’s also uniquely Latvian.

If the people are Nordic in nature, then so too is the countryside. Nearly half the country is forested and, when flying into the capital, Riga, the suburbs are far more noticeable for their tree cover than the buildings they contain. Green is clearly de rigeur in Latvia.

It’s unlikely to raise eyebrows then that the Latvians, current holders of the EU Presidency, have chosen organic agriculture as a focal point during their six-month tenure. At 11%, the country has the fifth greatest proportion of organic production in the EU28, comprising 3,475 farms over 207,600ha. Contrast that with the UK, where the equivalent figure is just 3.3%.

Undoubtedly Latvia’s 2004 accession to the EU has benefited the country, agriculture in particular. “Independence from Soviet economics, and the collapse of collective farms after 1991, saw agriculture adjust to fit the market economy,” Jânis Dūklavs, agriculture minister, told ENAJ journalists. “Since accession, we’ve had only a short period of time but the economy has improved considerably.

“Organic agriculture is attractive because it allows us to develop best practices for environmental protection, and preservation of natural resources. We can preserve animal welfare and biodiversity, and manage public goods – clean air and water, robust rural development – more effectively.”

Despite the collective farms of the Soviet era, much of Latvia’s farmland has never been subjected to intensive farming practice, Mr Dūklavs explained, which means conversion to organic standards is quick and simple. But when asked if the focus on organic farming was because of Latvia’s inability to compete in mainstream markets, his indignant reply was evident even before translation. “That’s a provocative question. Latvian farmers can compete at all levels, not just in organic.

“But considering what we have in Latvia, many countries with larger territories are not as capable of organic production as we are. Our farmers have shown the possibility, and consumers have shown the demand, to turn out higher quality produce.

More than 20% of the country’s exports are of agricultural origin, but the EU’s sanctions against Russia have made a dent in this figure; in 2012, Russia took 11% of Latvia’s exports, and that’s now shrunk to just a handful. As Mr Dūklavs noted, “Politics and economics often have disproportionate effects on smaller countries.”

The topic of the informal meeting, “Sustainability, growth and consumers’ needs before and after 2020”, sought to identify the most significant problems encountered by the sector. These included consumer trust in organic products, organic plant and animal reproductive material, coexistence of organic and conventional farming – and perhaps the thorniest issue, the proposal for a Regulation on organic agriculture.

Technically complicated, the EU Council has been working on the regulation throughout three Presidencies, the intention being to establish a clear position and begin a trialogue with the Parliament. As ever, matters of compromise will be necessary, but at a press conference following the discussions, both Mr Dūklavs and Phil Hogan, the EU Agriculture Commissioner, expressed confidence that an agreement could be made on 16 June, when the Council meets.

The visit to Latvia was the fourth time since the creation of the European Network of Agricultural Journalists (ENAJ) that its members had attended the Informal Meeting, following previous trips to Denmark, Ireland and Greece. They’ve proved a popular fixture in the ENAJ event calendar: not only a different country’s agriculture to experience and explore (farm visits and tours always form part of the itinerary) and the chance to meet other journalists from the 22 countries that now make up ENAJ, but also for the unique opportunity to interact, and interview in an unusually informal setting, individual agricultural ministers.

George Eustice, the British Minister of State for agriculture, spoke at length to the two British delegates, Farmers Weekly’s Philip Case and Adrian Bell, Britain’s IFAJ representative and ENAJ committee member. He says his retention of the farming portfolio, following the Conservatives’ general election victory in May, shows PM David Cameron’s preference for ensuring ministers exert a firm grasp on their portfolios, rather than the constant reshuffling of the Blair and Brown governments. Questioned about the likely confluence of the UK’s presidency of the EU in 2017, and the planned referendum on Britain’s EU membership, he suggested that Britain too might well place agriculture – and CAP reform in particular – at the heart of its EU presidency goals, as part of the renegotiation strategy.

Of course, journalists’ trips invariably have a social side once the work is done. This year the Latvians pushed the boat out by hosting not just an inter-country archery tournament, but a chance to participate in that little-known Baltic pastime: antler-throwing. Take a 5kg deer’s antler, mark out a pitch, and hurl. David Cameron might perhaps take heart for his EU reform task that his minister, aided by two journalists (Adrian throwing the tournament best of 23.5m), topped the leaderboard and ensured Britain triumphed in Europe. Even the Daily Mirror picked up the story…

Adrian Bell attended the recent EU Informal Meeting of Agriculture Ministers in Riga, Latvia. This is one of several trips organised by the European Network of Agricultural Journalists over the course of the year. Forthcoming trips are notified through the 22 member Guilds that make up ENAJ. To be considered for a place on a future trip, keep an eye on eAlerts and the Guild website. 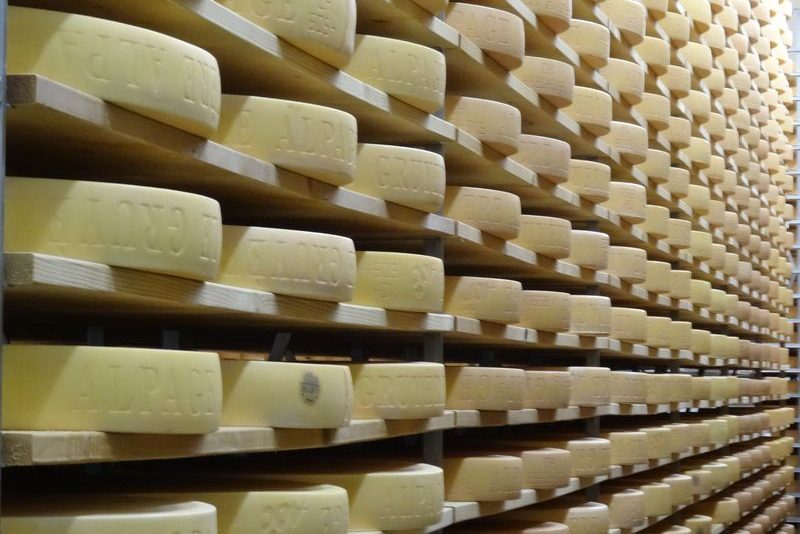 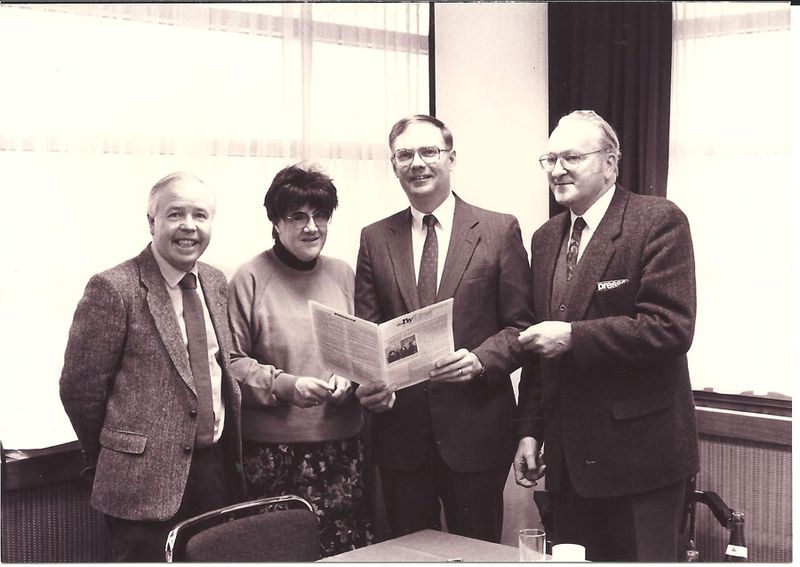 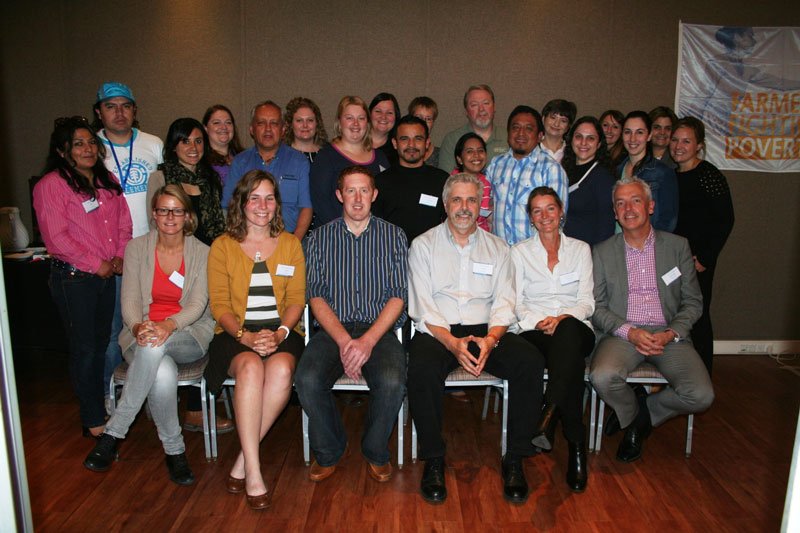 12 Feb 2014
IFAJ Executive Survey: What is important to your guild?

As a prelude to the 2010 IFAJ executive meeting in Berlin, a four-part survey was conducted to determine members’ priorities… 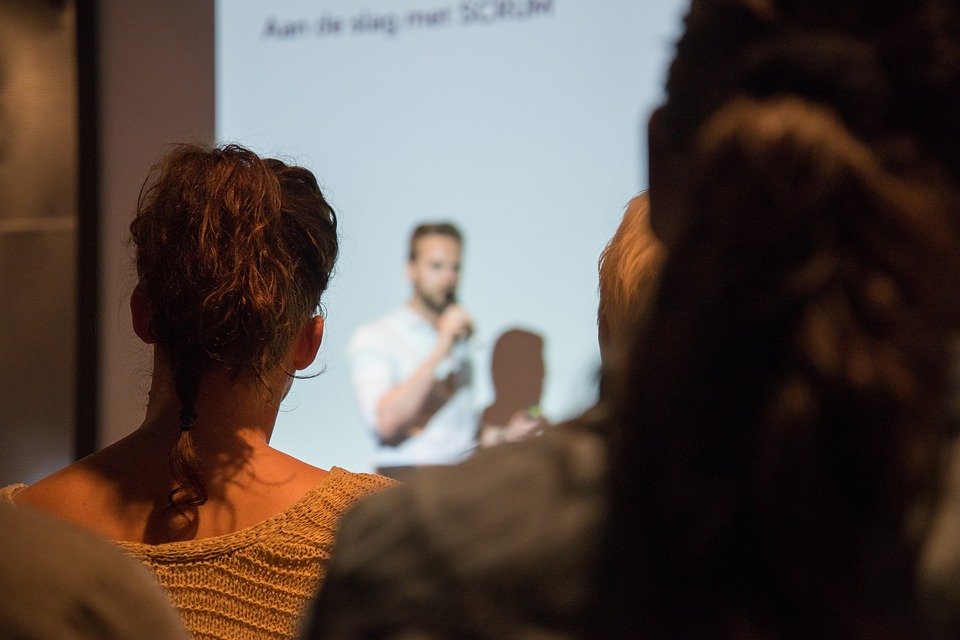 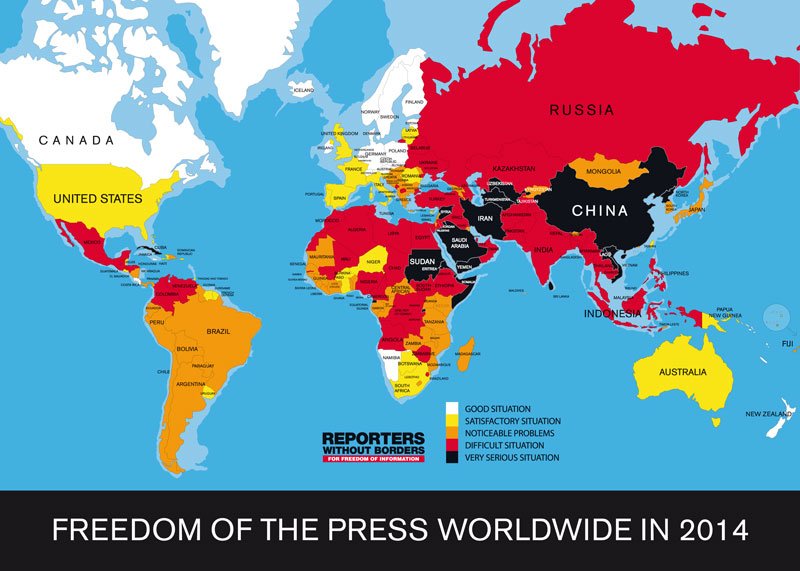