Serbia’s plan for a ten-fold increase in irrigation was described by Minister of Agriculture, Trade, Forestry and Water Management Dusan Petrovic during the recent agricultural production workshop for agricultural journalists in the Balkan country.
The workshop was organized by Serbia’s Agropress Association of Agricultural Journalists, with the support of the Ministry of Agriculture, Trade, Forestry and Water Management and Serbian Chamber of Commerce.
Guided by the experience of last year’s inaugural tour, this year’s trip was organized to coincide with the Agricultural Fair in Novi Sad.
During the five-day stay in Serbia, Belgrade, Novi Sad, Valjevo, Sabac, Becej, Stara Pazova, Zitiste, Turija and Celarevo were visited by local and foreign journalists — from Albania, Croatia, Denmark, Germany, Ireland, Montenegro, Slovenia, Switzerland, Republika Srpska (Bosnia and Herzegovina), and the USA.
During the Agricultural Fair, journalists heard from Minister Petrovic of the plan for construction of irrigation systems over the next four years. Only 5% of Serbia’s 4.2 million hectares of arable land is presently irrigated. Petrovic also announced government subsidies to encourage fattening of livestock, worth 5 euro per pig and 50 euro for cattle.
On the first day of their tour, journalists visited the Novi Sad Fair and were warmly welcomed at the stand of Victoria Group, one of the biggest companies in Serbia.

Victoria Group CEO Zoran Mitrovic greeted the tour participants on behalf of Victoria’s 10 companies and 1,800 employees, and formally invited them to visit the Sojaprotein factory on the second day of their tour. The factory, in Becej, is the most modern processing plant soybeans in the region, with annual capacity of about 250,000 tons. Director of marketing Natalia Kurjak said the factory processes Serbian non-GM soybeans, and their products are sold to the EU, Middle East, and the CEFTA free trade area of South Eastern Europe) and EFTA (European Free Trade). Sojaprotein is moving towards all of the factory’s energy requirement coming from their own renewable sources such as sunflower husks and other crop straws.
Journalists also visited Victoria Group’s SP Laboratory, an EU-approved laboratory which carries out comprehensive food safety tests for Victoria Group companies, as well as many other companies, and for Serbian government agencies.
Journalists also visited Agropromet Becej, the Napredak AD pig farm, the Delta Agrar orchard in Celarevo, the Agroziv slaughterhouses , the Farmakom vegetable production, and the Sabac dairy.
At Sabac, they saw one of the biggest feta cheese production lines in the world.
Delta Holdings is one of biggest private companies in Serbia, and it has invested in primary food production since 2005, seeing it as a secure business sector for the long term. Their Delta Agrar orchard in Celarevo is one of the biggest in Europe, with 350 hectares of climate controlled cropping.

During the workshop, hosts also presented the culture and traditions of Serbia. Journalists were taken to the Monastery Lelic near Valjevo, where they could learn more about the production of honey and brandy.
At the Turija hunting lodge, they enjoyed socialising Serbian style over an extended lunch.
Serbian nightlife was also enjoyed, especially on the tour’s last night, in Valjevo, home town of Advisor to the Serbian Minister of Agriculture and the president of Agropress Goran Dakovic.
The general tour sponsor was the Victoria Group. Also the organization of the workshop was supported by Agroziv, Delta Agrar, Sabac dairy, Knjaz Milos, Imlek, Marbo, Swisslion Takovo, with media support from Agribusiness magazine, Tanjug and Info Bureau.

Experience Serbian ag-tour in May 2012

The Serbian Association of Agricultural Journalists, AGROPRESS, is organising another workshop for foreign journalists covering agriculture. After a good experience…

21 Oct 2009
What’s it like to be an agricultural communicator in Serbia?

WHAT’S it like to be an agricultural communicator in Serbia? That’s the question we put to Agropress, the country’s Association… 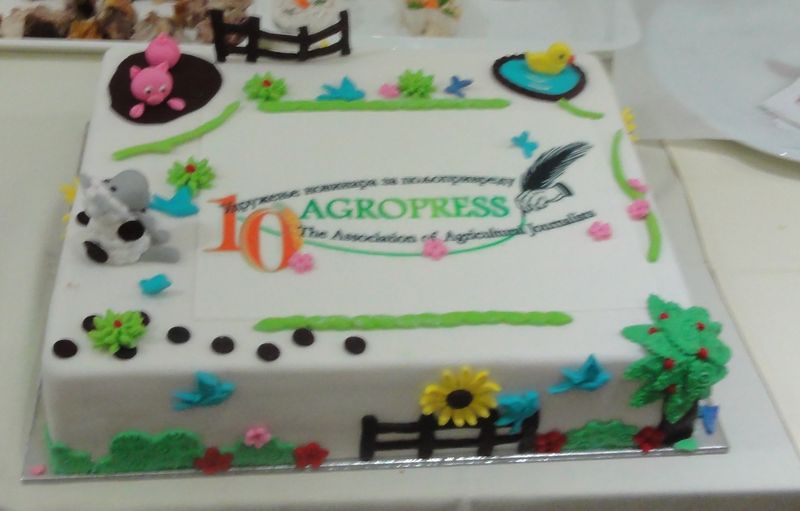 By Communications Chairman Stephen Cadogan. MOST of the 52 agricultural communicators on the recent Agropress tour of Serbia seem to…

by Goran Djakovic, Serbia Serbia is going through one of the worst floods ever recorded. The situation is unimaginable. Thousands…

MORE than 30 IFAJ members have already applied to take part in a discovery tour of Serbian agriculture in May. …