Sponsorship, youth, contests, benefits: IFAJ members learn from each other in Ticino

During the IFAJ Professional Development meeting in Ticino, Switzerland in early May, members took the opportunity to discuss various elements of being part of a national farm writer guild – the challenges and success from their personal point of view – and looked at ways they could learn from each other.

In preparation for the meeting, IFAJ vice-president Owen Roberts and Allison Finnamore, chair of the IFAJ professional development committee, selected areas where guilds are involved directly with their members.

In Ticino, attendees rotated in five groups of four to six people, with discussions lasting about 20 minutes before moving on to a new discussion and new topic. The discussions were led by Steve Werblow (USA), Tatiana Kren Hlebic (Slovenia), Hugh Maynard (Canada), Riitta Mustonen (Finland), Lena Johansson (Sweden), who compiled notes from their session and therefore, created this document.

Read here for the full report.

The role of family farming in global food security

01 Aug 2013
Agrijournalism moving on in Turkey 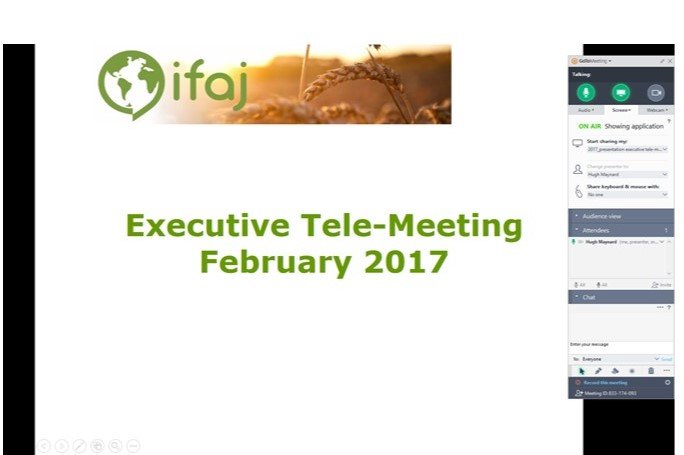